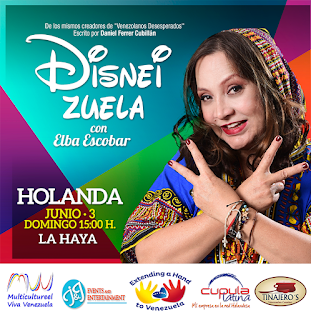 Urgent action on situation of human rights in Venezuela

We, the undersigned organizations, given the worsening of the Venezuelan situation resulting from violence, misinformation, arbitrary detentions and other major violations of human rights that have occurred in the month of February 2014 make a call for urgent action in support of the observance of human rights, justice and peace in Venezuela.

The events taking place in Venezuela showcase the deterioration of public institutions to effectively arbitrate the diversity of political positions that exist in the country. In light of this situation it is important that various sectors of the national and international community take a stand to challenge human rights violations, calling for an independent investigation, requesting the cessation of repression and the opening of genuine dialogue.

Students and other social sectors of Venezuelan society have convened and conducted peaceful demonstrations throughout the month of February. Systematically, high-ranking public officials have disqualified these mobilizations and demonized sectors participating in them.
Disqualifying speeches are frequently featured in the National System of Public Media or through mandatory radio and television broadcasts. Acts of vandalism and street closures that have involved a minority of protesters —rejected by the organizers and broad sectors of Venezuelan society— are overexposed in such broadcasts. Thus, because some participants incur in violent acts, all participants and organizers of peaceful demonstrations have been disqualified as violent, as a justification for the authorities to widespread repressive responses.

Starting February 12, there were numerous arbitrary arrests in the context of demonstrations.  Protesters have been subjected to punishments that include torture and cruel, inhuman and degrading treatment. Detainees have been taken to places without minimum conditions to ensure their fundamental rights, lacking adequate ventilation, and have been denied access to lawyers or food supply by their family. Likewise, detainees have complained that officials had searched into their belongings, and particularly their electronic equipment, such as cameras and cell phones. Minors were kept in adult detention centers, in a context of severe repression and torture. Finally, there have been reports of detainees who have been severely beaten and sexually assaulted, as well as having had their personal property damaged.

State actions regarding these arbitrary arrests offer no guarantees of due process. The authorities have failed to properly report on the number of detainees, their identities and ages. Arrests in many cases exceeded the time limits established by law to be brought before a judge. Likewise, in some cases judges have threatened detainees with keeping them imprisoned, instead of on probation, if they requested forensic reports of attacks against them.

Freedom of expression
In this context, there is a restriction of the free flow of information in the Venezuelan media, and this leads many people to seek information through international news networks or social networks. Attacks and aggressions against journalists and reporters persist as well as blockings of websites, promoted by the Venezuelan authorities.

Traditional media refrain from publishing information about the demonstrations and violent and irregular situations, due to government pressure and fear of reprisals. Many journalists and reporters have been assaulted or attacked while covering violent events and repression from authorities. Most of the perpetrators of these attacks are police officers, members of the armed forces or pro-government armed groups.

Likewise, without due process, the Venezuelan Government ordered cable companies to take international news channels off from their programming, and as well blocked access to several websites, made it difficult to upload and send images through Twitter and created other restrictions within the internet. These policies lead to serious restrictions to freedom of expression and information, endangering people and impeding the exercise of their rights, with less and less space for expression and repressing critical voices.

The undersigned organizations of this Urgent Action recognize the State’s obligation to maintain public order, but we must remember firmly that this responsibility should be carried out in strict compliance with the Venezuelan Constitution and international standards in this matter. All in accordance with the Basic Principles on the Use of Force and Firearms by Law Enforcement Officials, adopted by the United Nations, and the landmark judgment in the Caracazo Case, dictated by the Inter-American Court of Human Rights which is binding for the VenezuelanState.

All measures for restoring order must be compatible with human rights and the principles of a democratic society. The VenezuelanState has a constitutional obligation to adjust its operational plans to control public order to reestablishing order, providing various means for differentiated use of force, maintaining independent functioning of the Judiciary, respecting and guaranteeing due process and providing judicial guarantees for all persons.  As well, it must implement crowd-control techniques that minimize the need to use force, employing methods of persuasion, negotiation and mediation, as well as complying with the constitutional ban on the use of firearms and toxic substances in controlling peaceful demonstrations, as is enshrined in Article 68 of the Venezuelan Constitution.

ParamilitarismWe express deep concern regarding repressive actions against the demonstrators by paramilitary pro-government groups. In some parts of Venezuela, these actions have been coordinated with the National Guard, the Bolivarian National Police and state police forces. A member of the Venezuelan human rights NGO Provea was a victim of kidnapping, beatings and death threats by these irregular organizations.

Some senior State officials, through their accounts on the social network Twitter, have encouraged the actions of such groups.  To date, President Nicolas Maduro has made no condemnation of those groups. Neither the Attorney General nor the Ombudswoman have questioned the actions of paramilitary groups that have helped to contain demonstrators, through tear gas and gun shots, even against family homes.

We recall that the State is responsible for violations of human rights when not taking adequate measures to prevent the actions of such armed groups and even more when their actions are executed with the cooperation of the authorities.Situation of human rights defenders in Venezuela

The conditions under which human rights defenders carry out their work in Venezuela have deteriorated significantly. The Venezuelan State has failed to fulfill its obligations to provide the necessary means for human rights defenders to conduct their activities freely; to protect them when they are threatened, to prevent attacks on their lives and personal integrity; to refrain from imposing obstacles to the realization of their work, and to conduct serious and effective investigations regarding violations against them, preventing impunity.

Instances of violence and human rights violations that have occurred should be subject to a fair, serious and thorough investigation by an independent authority. In accordance with the Venezuelan Constitution this is a responsibility of the Public Ministry, chaired by the Attorney General’s Office. However, these investigations have not been carried out with due diligence, in violation of constitutional and international obligations of the State. Therefore, this conduct of the Attorney General amounts to a serious renunciation of her institutional functions.

Similarly, the Ombudswoman is responsible for the promotion, protection and monitoring of human rights. However, her performance has been directed at silencing human rights violations against government dissidents and to politically defend the arbitrary actions of the State´s security forces. Wherefore also in practice the Ombudswoman has severely declined to exercise her constitutional powers and duties.

Article 337 of the Venezuelan Constitution expressly provides that during states of exception guarantees enshrined in the Constitution may be temporarily suspended, except those relating to the right to life, prohibition of solitary confinement and torture, the right to due process, the right to information and other intangible rights. This means that there are a number of constitutional guarantees that under no alleged circumstance may be suspended. As it is impossible to suspend them during a state of exception, it is equally inadmissible to suspend the exercise of legal warrant actions.

States of exception correspond to objective situations of extreme gravity against which the ordinary means available to the State are insufficient to meet them. The Declaration of a State of Exception does not allow public authorities to act in disregard of the law, to which must adhere at all times. Therefore they must abide by the principles and obligations of proportionality, timeliness, and non-discrimination, and this declaration must be officially decreed because, otherwise, this would be a de facto State of Exception, inadmissible in a democratic state.

DialogueIn the current Venezuelan crisis, with the unfortunate deaths of 12 people in the context of the recent demonstrations, and over 120 wounded by gunfire, we urge the Venezuelan Government to create minimum conditions that allow for a democratic solution to the conflict, which involves refraining from the criminalization of dissenting opinions, recognizing the social and political factors critics of the government, opening spaces for dialogue and ensuring the exercise of the right to peaceful demonstration.

We also urge opposition political leaders to strongly condemn the violence and to generate conditions favorable to establishing with the government a minimum agenda for a sincere and productive dialogue, in order to face the various problems affecting Venezuelan society today. 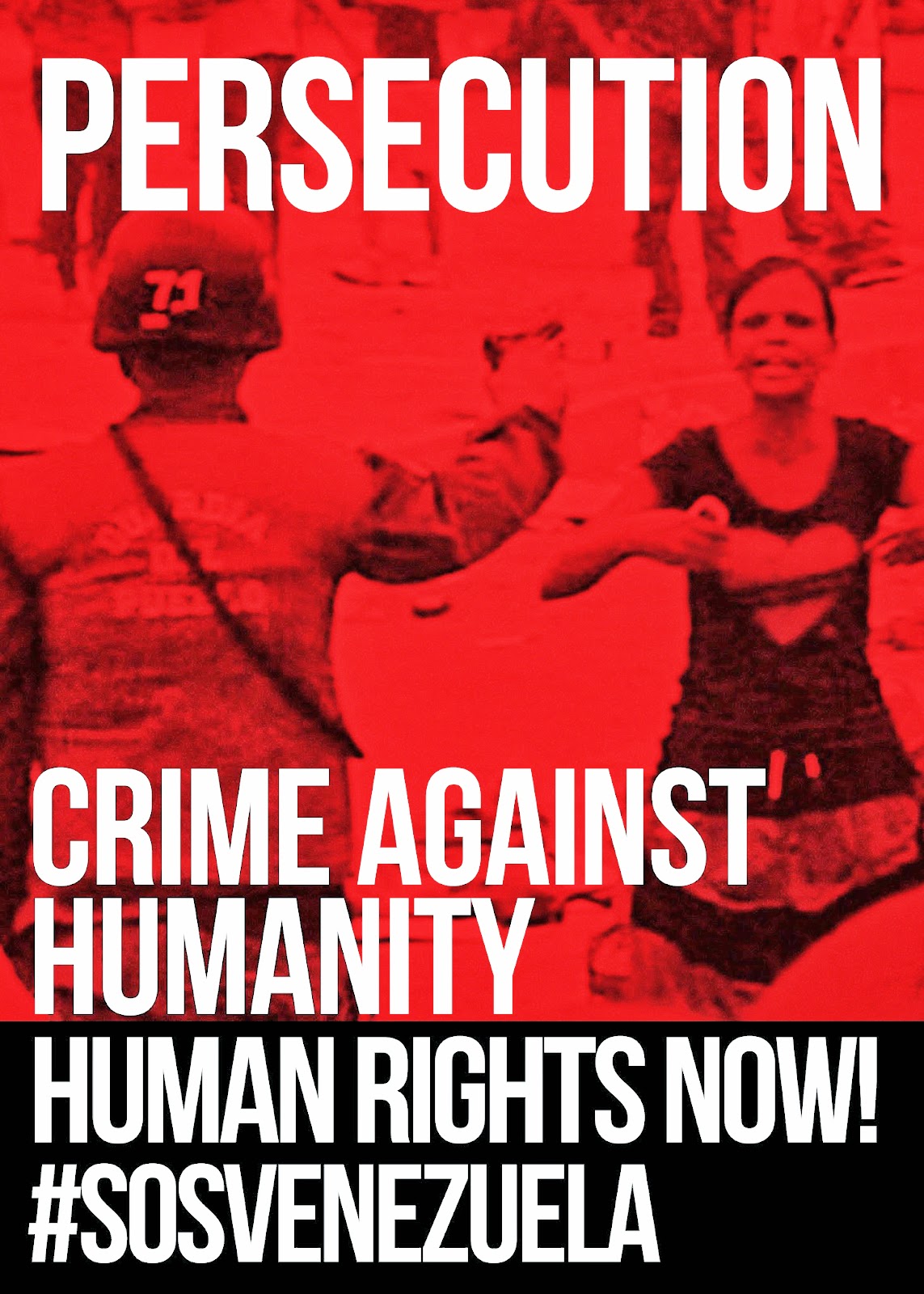 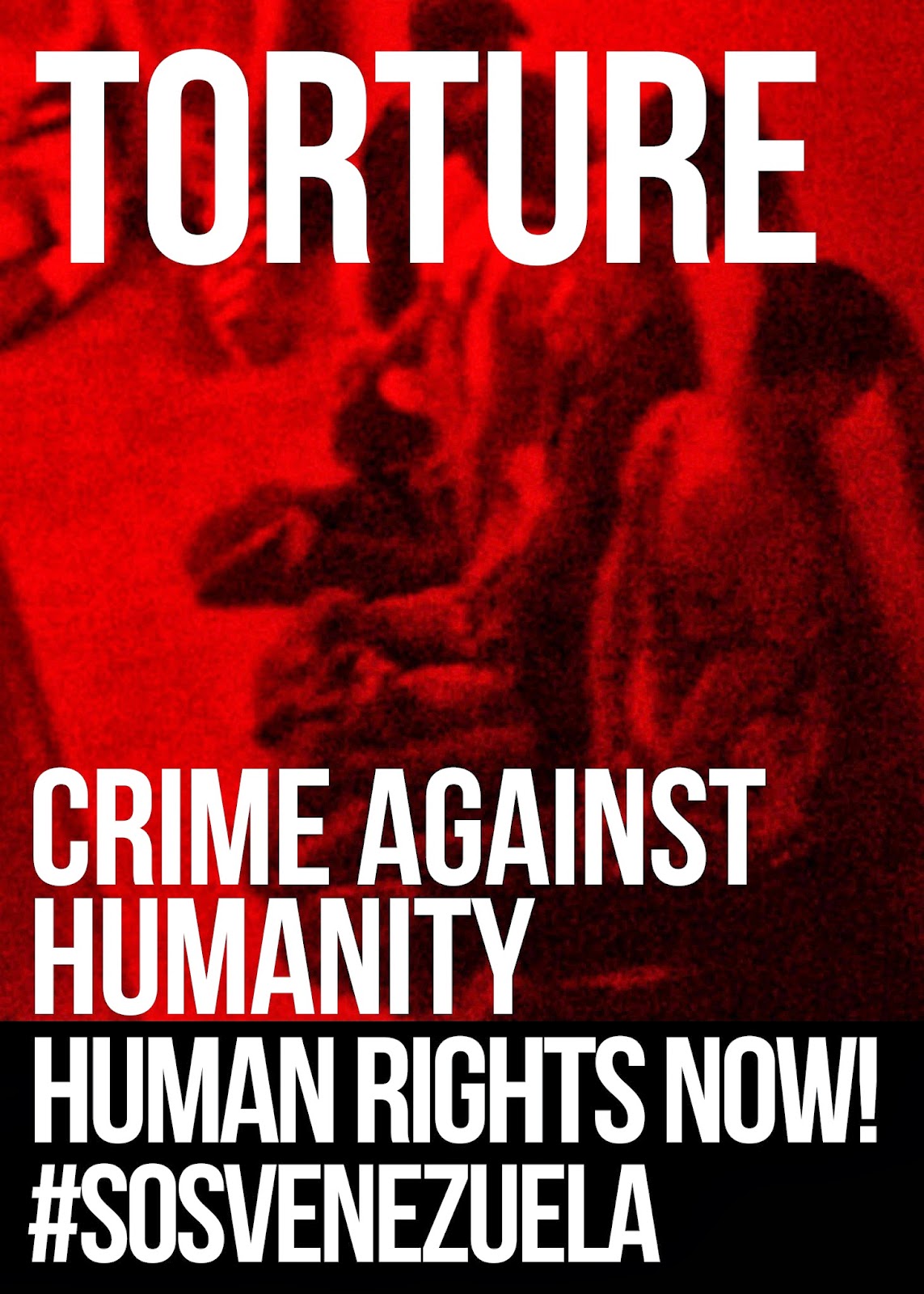 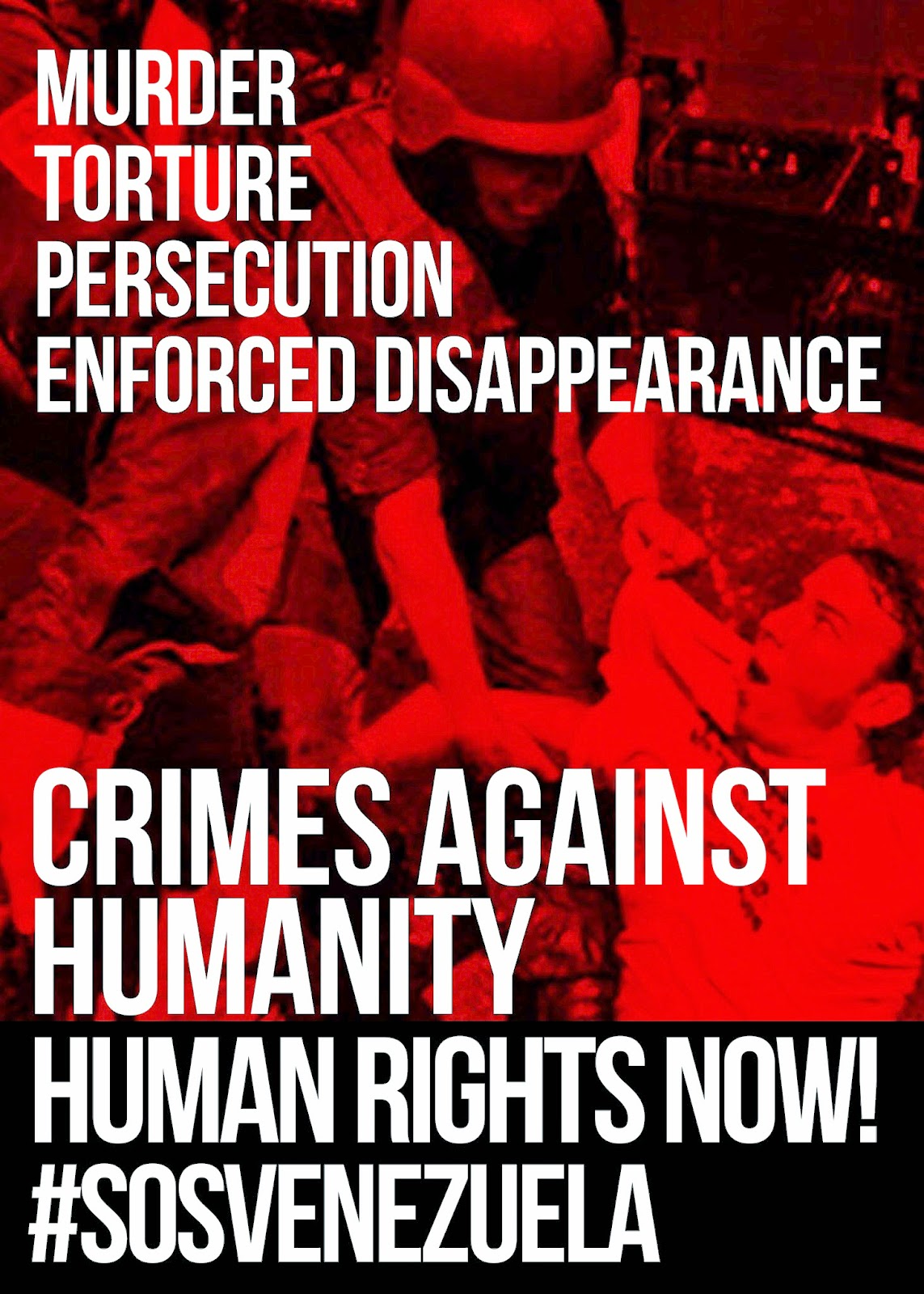 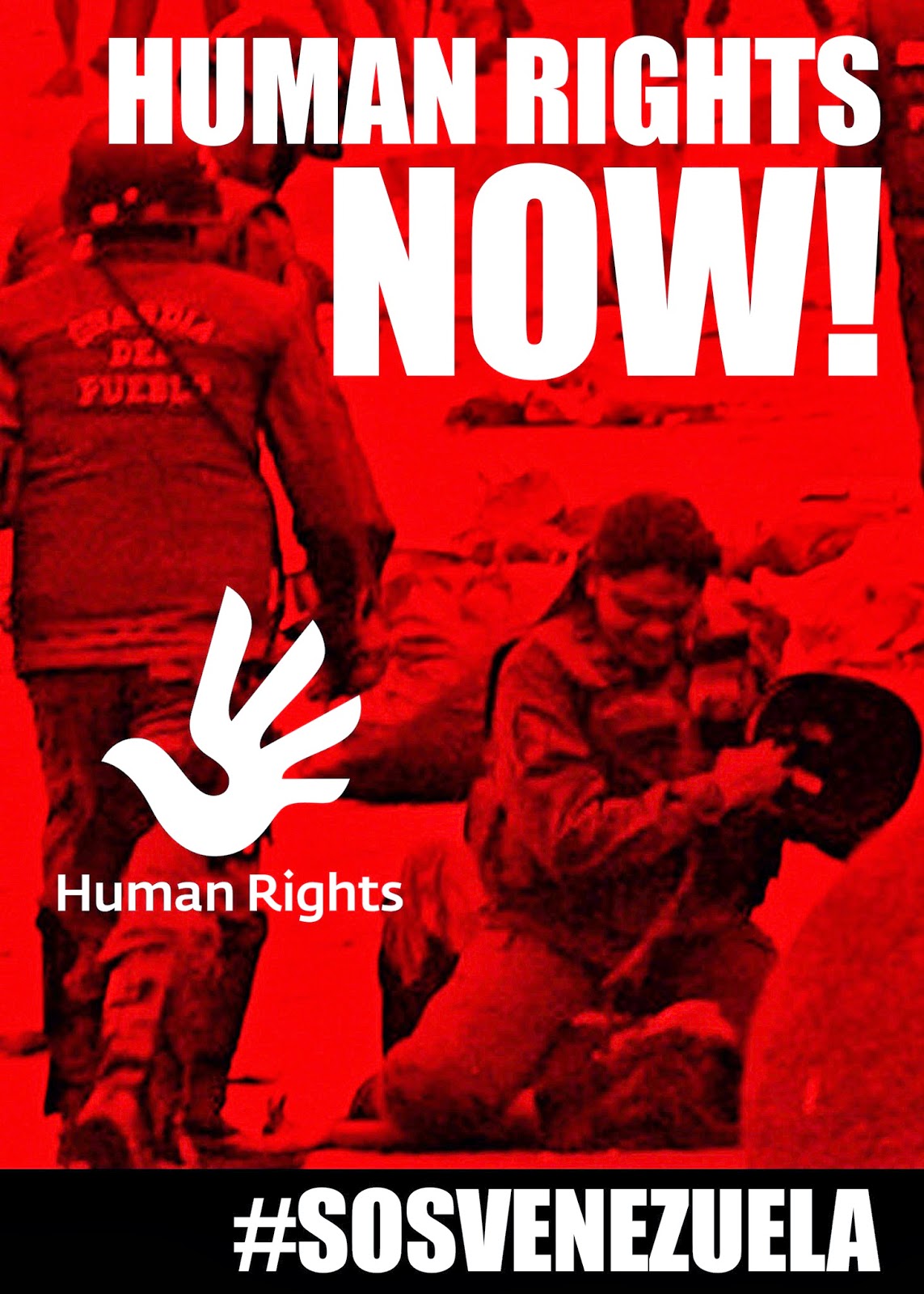 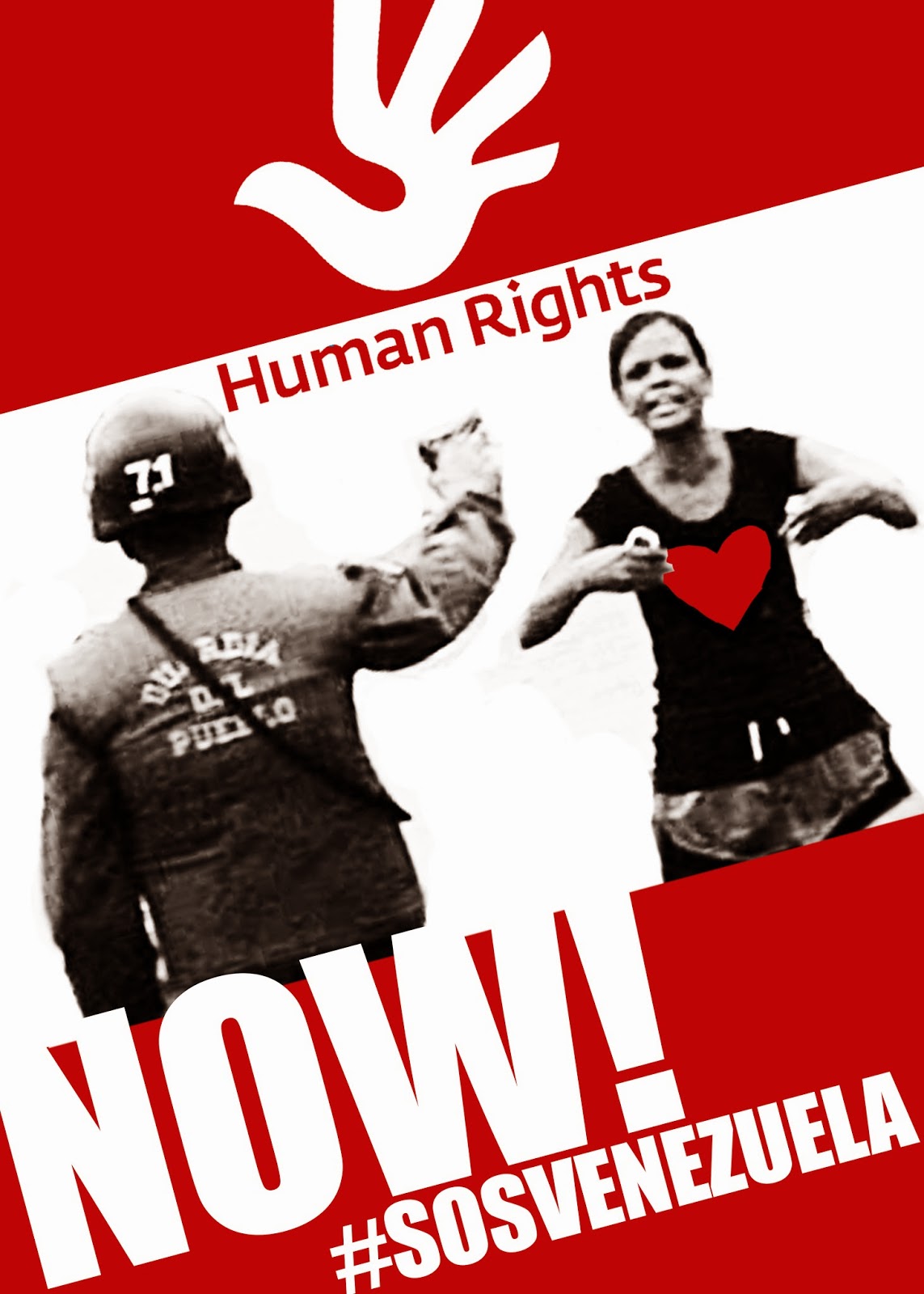 Extending a Hand to Venezuela